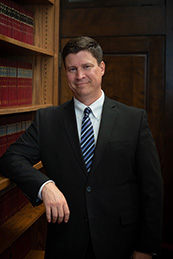 John David became a partner at the firm in 2005. He graduated from Huron College at the University of Western Ontario with an Honours degree in political science in 1996, then attended Windsor Law School and graduated in 1999. He articled with Middlebro' & Stevens LLP and following his call to the bar in 2001, returned to his hometown to practice alongside his father.

John is a married father of two active teenagers. Aside from practicing law and family, John's other love in life is fly-fishing the local area. He enjoys classical music and is a terrible golfer.  John is currently Trustee for a private charitable scholarship trust and, in past he served on the Board of Directors of the Owen Sound Family YMCA.